Finding Out How We Are Doing

Tuesday was a big day for mentoring in Vermont.  After a many-months-long process of evaluating most of the mentoring programs in the state, Dr. Susan Weinberger (Dr. Mentor) and her colleague Dr. Janet Forbush, from Mentor Consulting Group in Connecticut, presented their findings in a day-long meeting in Montpelier.   Chittenden County was well represented among the 33 programs and 73 attendees that came together in the Chapel at the Vermont College of Fine Arts.  The project was commissioned by the Vermont Mentoring Funders Collaborative.   The news was good – we have many thriving mentoring programs in the state, and overall mentoring in Vermont adheres to the principals laid out in Elements of Effective Practice for Mentoring.  The team did make some valuable recommendations for making our programs even more effective.

The first big recommendation was that all programs form advisory committees to help programs in several areas including fundraising and networking.  Advisory committees differ from governing boards in that they would have no fiduciary or governing responsibilities, but would serve to promote the program in a variety of ways.  Secondly, they recommend that each program use validated measurement tools to collect data on outcomes, which can helpful  when applying for funding through grants, from businesses,  and from donors who might be in a position to make sizable contributions.  The final recommendation is that each program have an outside evaluation on a regular or perhaps annual basis. 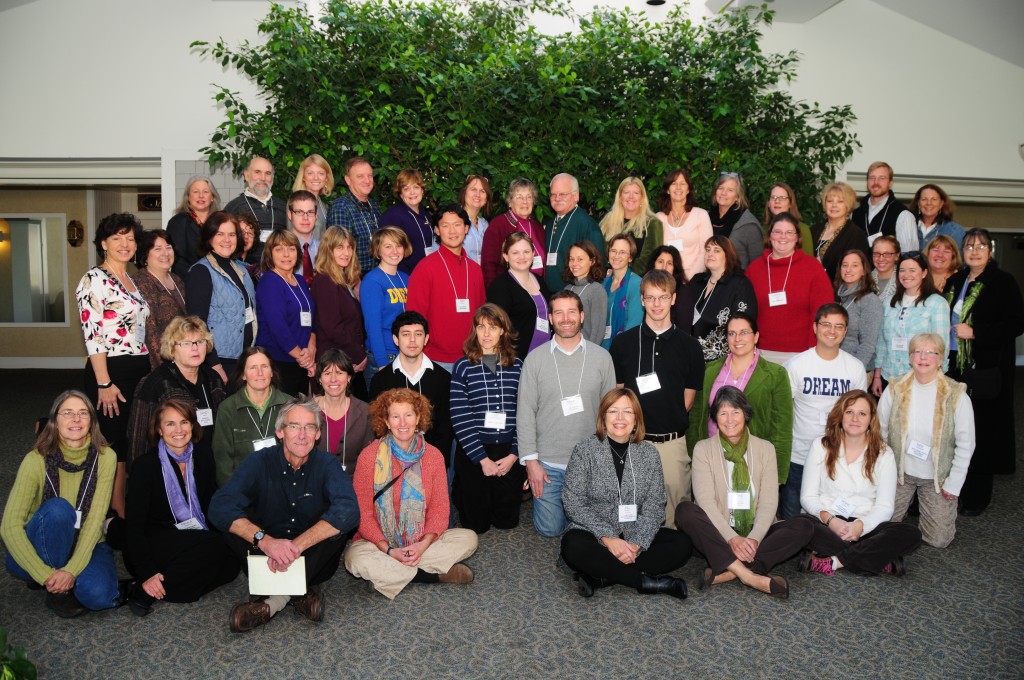 The task force working on the formation of a state-wide mentoring organization reported on its progress since the Symposium last November, and will be hiring an organizational expert to develop several organizational models in detail, which the programs may consider for the state-wide entity.

It is always great to come together with our colleagues from around the state to share information, and work together on improving the state of mentoring in Vermont.