A Big Win for Mentoring at the Lake Monsters Game! 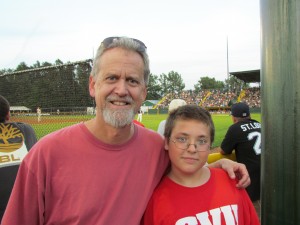 Mobius would like to say a huge thank you to the Lake Monsters for a great night at the ball park!  It was Mentoring Night as well as Military Appreciation Night, and Centennial Field was packed.  The Lake Monsters graciously provided tickets for mentor pairs. Matches from Spectrum, Community Friends (HowardCenter), King Street, Sara Holbrook, and the Boys and Girls Club came out to root for the home team. 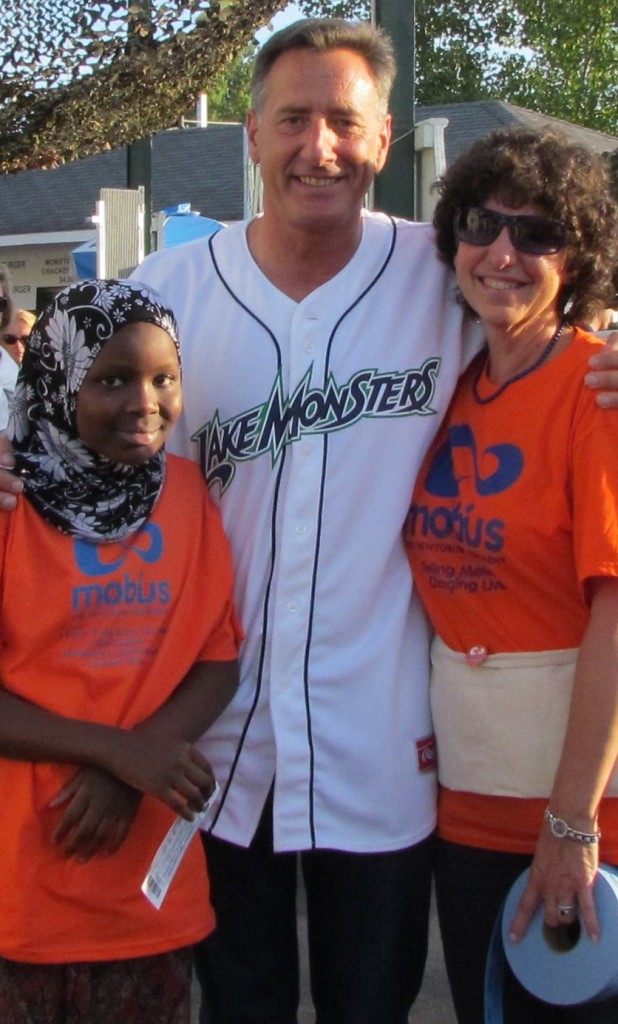 John Gallagher is a mentor with the Community Friends mentoring program at HowardCenter.  He says he and Charles, his mentee, are both baseball fans. “We like nothing more than sitting in the grandstands watching the boys play ball. It is also a great chance for us to talk and spend some quality time with each other.”

Others spending quality time at the ball game included Governor Peter Shumlin, who stopped by the Mobius table to offer  compliments on “great work” for mentoring.