“Mentoring for Impact” Resonates Throughout Vermont 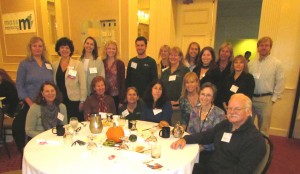 The Vermont Delegation to the New England Regional Conference

“Mentoring for Impact,” was the theme of the New England Regional Conference, which drew more than 200 mentoring professionals to Framingham, MA in mid-October to focus on outcomes, and the success of effective mentoring.  Mobius was one of six sponsors of the conference, along with partnerships from Maine, Massachusetts, New York City, Connecticut and Rhode Island in collaboration with the Mentor Consulting Group and MENTOR, the National Mentoring Partnership.

Two professors from the University of Massachusetts, Boston,  Dr. Jean E. Rhodes from the Department of Psychology and Dr. Renee Spencer from the School of Social Work, presented new research in their keynote address.  Dr. Susan Weinberger of the Mentor Consulting Group closed the conference with a presentation of on “Mentoring for Impact.” 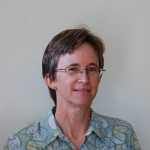 The Vermont delegation included 19 people from 11 mentoring organizations around the state.  Kristen Hayden-West from HowardCenter’s Community Friends Mentoring was one of the workshop presenters, offering a talk on “Mentoring Children in Kinship Care:  How Can Programs Best Support Children Being Raised by Relative Caregivers?”  Community Friends works with many children in kinship care, which has some special challenges.  “These families have pressures and strengths that are unique to kinship care, says Kristen, “it shifts everyone’s relations within the family structures, not inconsequentially.”  She spoke on kinship care because many young people in kinship care are referred to mentoring programs, “Mentoring program staff will be better able to serve this growing population if they understand these issues and can pass that knowledge on to mentors.”

Other programs from Chittenden County represented at the conference were Connecting Youth (Charlotte) and the King Street Center (Burlington), and several staff members of Mobius were there.

“The conference was energizing!” said Gabriella Tufo Strouse, Volunteer Coordinator of the King Street Center.  “It was great being around folks who care and believe in mentoring.  We know a positive adult can make the entire difference in a child’s life.”

The next New England Regional Conference will be held in 2013.  The mentoring community eagerly awaits the announcement of which state will be the next host.