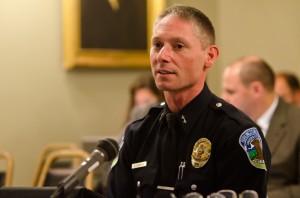 At the Mobius office we literally ring a bell when really good things happen.  Usually it is the recruitment of another new mentor, but when Chief Michael Schirling said yes to becoming the National Mentoring Month Spokesperson for Mobius, we rang the bell a good long time.  We asked the Chief to be our Spokesperson because he is such an articulate advocate for mentoring.  He is a leader with a vision for a healthy, safe community, and he sees mentoring as one of the tools to get there.

Actually, we rang the bell for the Chief and the Burlington Police Department early in the year, too, when we learned that  Chief  Schirling wanted police officers and staff to become mentors.  The initiative came out of a BPD strategic plan that included bolstering their involvement with local youth.  Chief Schirling says that young people are surrounded by distractions and pitfalls.  “Mentoring is an important component of limiting those distractions and creating positive role model scenarios and changing the thought process for kids… whether it is limiting the distractions, or getting kids to focus on important things like education, and being safe and having safe relationships.”

Mobius entered into a partnership with the BPD, and held a special training at police headquarters for those interested in becoming mentors.  And now there are BPD officers and staff volunteering as mentors at the Boys and Girls Club, and in the school-based mentoring program Everybody Wins VT!

As National Mentoring Month Spokesperson, Chief Schirling will be the keynote speaker at the Thank Your Mentor breakfast January 18th at the Burlington Hilton, and he will help Mobius with public awareness efforts during the month. 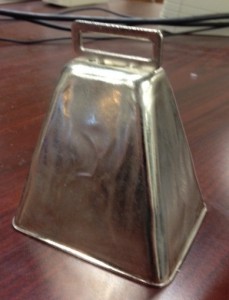 Mobius has a full month of events planned to celebrate National Mentoring Month, including a concert by the Burlington Ensemble (part of their 90/10 series) on January 7,  a Benefit at American Flatbread on January 10, sleighrides at Shelburne Farms on the 14th, and the overwhelmingly popular annual Bowling Party at Spare Time in Colchester on the 28th.