Mentoring is in the Air – and On the Air!

National Mentoring Month is a wonderful opportunity to get out the word that there are children in our community who need and want mentors, and that there are myriad mentoring opportunities in our community.  Mobius is so grateful to our local media, who continue to be enthusiastic in promoting National Mentoring Month and mentoring, in general, inviting our spokesperson, Burlington Police Chief Michael Schirling, Mobius staff, and mentors to be a part of their broadcasts. 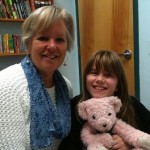 Over the past few weeks, mentoring has been featured on nine commercial radio station talk shows, hosted by Charlie and Ernie, Ginny McGehee, Nolan and Tara, and  Rich Haskell.  Vermont Public Radio did a segment on Vermont Edition featuring a mentor pair from the King Street Center, and ran a beautiful commentary on mentoring by Marybeth Redmond. 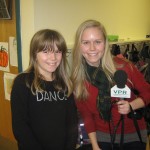 The newspapers have been great, too!  The Burlington Freepress talked to Chief Schirling about being the spokesperson for Nation Mentoring Month.   They featured a mentor each week in January as Volunteer of the Week, and they ran a My Turn by Andrea encouraging readers to become mentors.  The Other Paper ran an article about South Burlington resident and King Street mentor Sarah Thyng, who was recognized at the Breakfast, as well as an article about the new South Burlington School mentoring program.  The Williston Observer ran a lovely Letter to the Editor from Nancy Carlson, the Mentoring Coodinator for Connecting Youth at Williston Central School.   The Colchester Sun interviewed MOVE (St. Michael’s college) mentor Michaela Burns, who was recognized at the Breakfast, and ran an article about the event.  The Essex Reporter, the Shelburne News, the Charlotte Citizen and Seven Days ran articles and/or listed National Mentoring Month events in their calendars.

With all this great press, aren’t you ready to become a mentor?  We are ready for you.  [email protected]