U and I are Mentors Takes the Air Waves 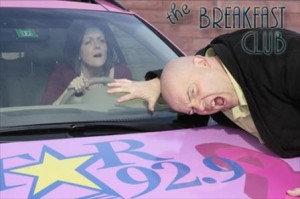 The Breakfast Club with Tim and Mary on Star 92.9

The Breakfast Club with Tim and Mary on Star 92.9 featured an interview about the U and I are Mentors campaign.  Fellow Spectrum mentor Sam Smith and I were interviewed by Tim Kavanagh and Mary Cenci earlier in the week, so luckily we didn’t have to get up at the crack of dawn tomorrow to be at the radio station before most of us have had our coffee.

Tim and Mary were fantastic!  They are great interviewers, and it is really clear that they understand the impact that mentoring can have in our community.

Sam was terrific!  He spoke eloquently and from the heart about  the fun he and his mentee have. “I enjoyed being interviewed by Tim and Mary,”  he says.   “Their support, and the support of 92.9, for Mobius and the work of mentors is really great!”

Sam is a great Ambassador!  He is a good example of a man who wasn’t sure, at first, that mentoring was for him.  It was a one-on-one conversation with Mobius Director of Recruitment, Marissa Wilkens that showed him the light.  He would enjoy being a mentor, and he could be a great mentor by simply sharing the things he likes to do, mostly outdoor activities, with a young person.

Now, more than a year later, Sam is an evangelist for mentoring.  “For someone who is on the fence I would say go for it! Mentoring is easy and fulfilling. 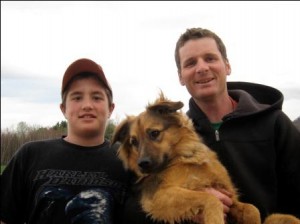 Sam and his mentee, Cole, include Sam’s dog in their outdoor activities.

All you have to do is be yourself and commit to spend a little time each week with someone who needs it.”