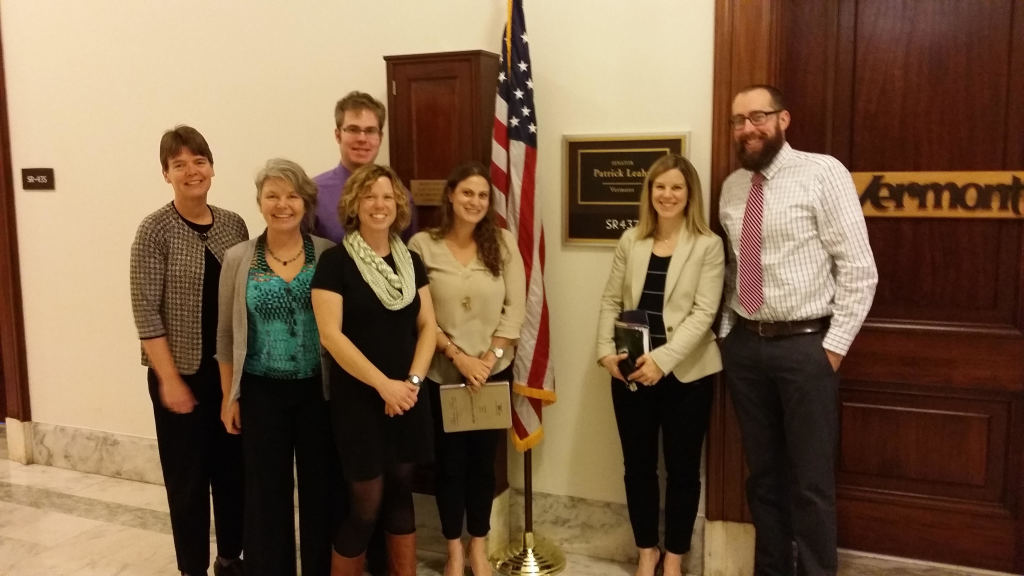 Our trip to the nation’s capital began with a new addition to this year’to have pars event: Capitol Hill Day. This first day of the Summit, Wednesday January 28th, was an organized initiative, spearheaded by MENTOR, ticipants meet with senators and representatives from their states to advocate for mentoring. Chad and I were joined in this group activity by Brenda McKean (Mt. Abe Mentors), Susie Merrick (SB Mentoring), and Wendy Bratt (CY Mentoring at Charlotte Central School). That morning we met with Legislative Assistant David Cohen from Senator Bernie Sanders’ office, followed by afternoon meetings with Kathryn Toomajian (Senior Advisor for Health, Education, and Human Services) and Frieda Arenos (Legislative Correspondent) from Senator Patrick Leahy’s office, and Legislative Assistant Tom Cheney from Representative Peter Welch’s office.  All four staff members greeted us with open arms and enthusiastic support for our work. Brenda, Susie, and Wendy shared success stories from their local programs, and Chad passed along information about a series of national mentoring bills that will be considered by the Senate and House during the current legislative session. One unexpected highlight for us was learning that Frieda used to be a mentor with The DREAM Program while she was a student at UVM. All in all, it was exciting to hear in person that Vermont’s national legislators share our belief in the positive effects of youth mentoring.

Days Two and Three of the Summit were centered around the theme “Expanding the Mentoring Effect.” Last year’s event featured the release of “The Mentoring Effect,” a landmark report that highlighted the benefits of mentoring through the perspectives of youth from across the country. This year, the focus of the conference was, in MENTOR’s words, “to explore how mentoring, when integrated into a variety of settings, can support young people in reaching positive and powerful life outcomes.” To kick things off, MENTOR shared an inspirational story about the positive, long-term effects of mentoring. Watch Joe and Robin’s story here!

Keynote speaker Jason Collins, former NBA player and current NBA Cares Ambassador, talked about coaches and teammates who acted as mentors for him during his basketball career, and shared some highlights about the NBA’s involvement with the My Brother’s Keeper initiative and its new partnership with MENTOR. He also celebrated the collective efforts of everyone in attendance to raise awareness of the need for more mentors: “The National Mentoring Summit serves as a tremendous opportunity to foster dialog about the importance of guidance, in the hopes of inspiring others to volunteer.” 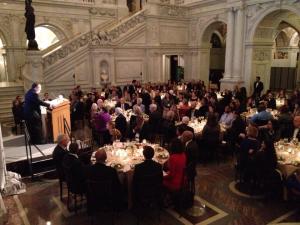 MENTOR CEO David Shapiro addresses mentoring guests at the 2015 Excellence in Mentoring Award dinner at the Library of Congress.

As a part of the Corporate Mentoring Challenge, launched by Michelle Obama in 2011 to “challenge the private sector to create or expand a mentoring initiative within their companies and to encourage employee participation in youth mentoring programs,” MENTOR honored AT&T, Comcast NBCUniversal, First Niagara Bank, and Webster Bank. It was great to see some inspiring stories of corporate employee mentors (each award winner played a video story for the group), and also to see our Vermont Mentoring Month media sponsor Comcast recognized for its dedication to mentoring on a national level.

Another highlight of the conference was a lunchtime panel made up of a police chief (Chief William Blair Anderson, St. Cloud, MN), a mayor (Neil O’Leary, Waterbury, CT), and a superintendent (Dr. Linda Lane, Pittsburgh Public Schools), who talked about mentoring as a strategy for strengthening communities, and the importance of leaders from different sectors working together to achieve a common goal. Other highlights included a presentation by Esquire magazine about its new male-focused mentoring campaign, a panel that discussed the My Brother’s Keeper initiative, and an inspiring group of youth panelists who launched their own mentoring initiatives that have achieved national recognition and success.

One workshop I really enjoyed was “Expanding Mentoring to Military Families.” Mobius is currently recruiting National Guard and Air National Guard members to serve as mentors for youth in Vermont. The workshop was run by Amachi, an organization that Mobius and Vermont mentoring programs partnered with in the past to support youth affected by incarceration. It was great to meet Dr. Goode (Amachi’s director) and to engage in a productive group conversation about the differences between civilian and military perspectives.

I also enjoyed attending “Say What? Refining Your Brand, Message, and Pitch to Expand the Mentoring Effect.” This workshop was coordinated by Diane Quest (Director of External Affairs at MENTOR), and my mentoring partnership colleagues Mai-Anh Kapanke of the Mentoring Partnership of Minnesota and Kristan Allen of the Mentoring Partnership of Southwestern Pennsylvania. It was fun to learn more about current marketing trends, and engage in a group discussion about how mentoring programs and partnerships can enhance their marketing and branding efforts.

Chad and I spent the final day of the Summit at the Mentoring Partnership Network Meeting, where we had the chance to network with our colleagues from other state and regional mentoring partnerships, and learn more about MENTOR’s plans for the next year. Some highlights included the official launch of the National Mentoring Resource Center, the upcoming reboot of the national volunteer referral system (now renamed “The Mentoring Connector”), and the continued advocacy push to increase federal funds devoted to youth mentoring.

All in all, it was a fantastic event, and we look forward to participating again next year. Thank you to our great hosts from MENTOR, and to all our Vermont mentoring colleagues who joined us in D.C.! 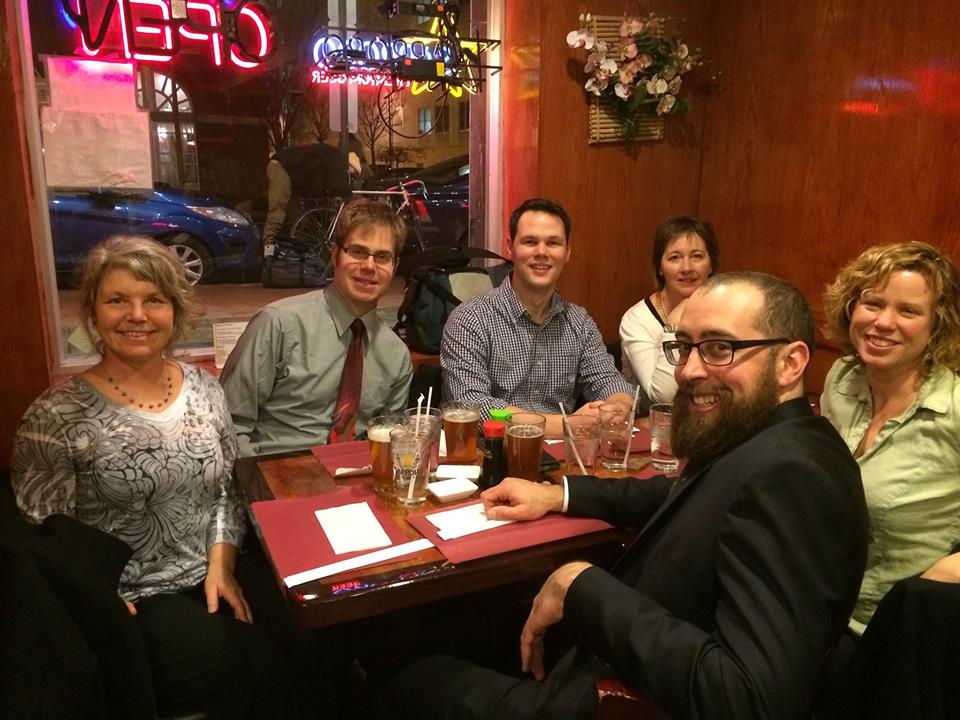