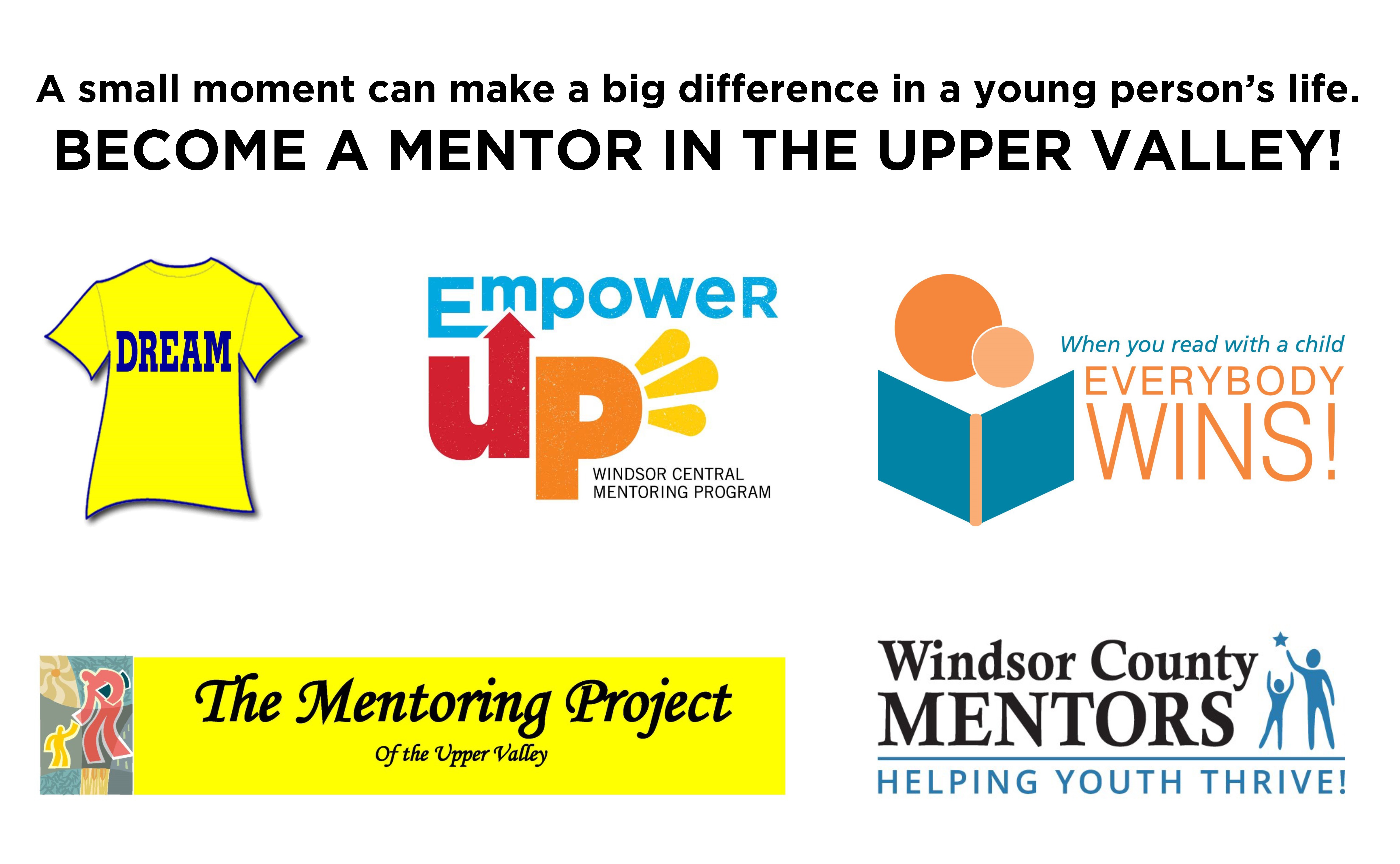 MENTOR Vermont, in partnership with five agencies that coordinate youth mentoring programs in the Upper Valley, recently launched a campaign to recruit new mentors in the region. MENTOR Vermont, The DREAM Program, Empower Up! Mentoring in Windsor Central, Everybody Wins! Vermont, The Mentoring Project of the Upper Valley, and Windsor County Mentors aim to recruit 30 new mentors between March 7, 2019 and May 31, 2019.

The campaign, which is made possible by support from Cabot Creamery Cooperative, the Donley Foundation, and the Redducs Foundation, will primarily consist of new short PSA videos highlighting the benefits and program model for each of the five mentoring agencies.

Current mentors will serve as Mentor Ambassadors and use the new marketing materials to recruit their friends, family members, and colleagues to become mentors too.

“We are proud to support the expansion of mentoring programs in the Upper Valley,” said Chad Butt, executive director of MENTOR Vermont. “While there are currently close to 300 adults serving as mentors to youth in the region, there are still so many more kids here that could benefit from having an adult mentor in their life.”

Based on the 2014 U.S. Census, MENTOR Vermont estimates that there are more than 3,000 youth in the region that will grow up without having a formal or informal mentor in their lives, and would meet MENTOR: The National Mentoring Partnership’s definition of being in strong need of a mentor.

To learn more about becoming a mentor in the Upper Valley, visit www.mentorvt.org/UpperValley.