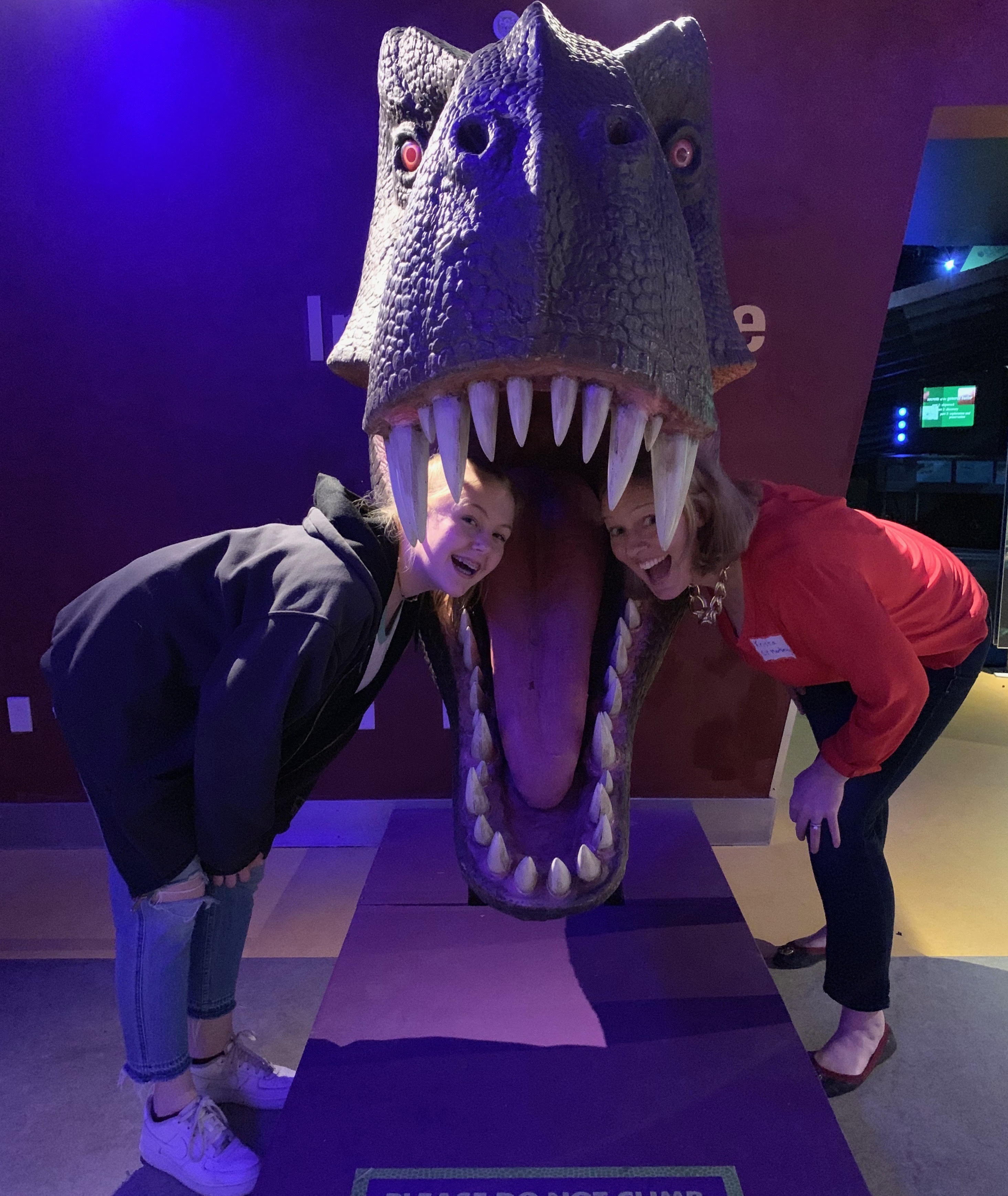 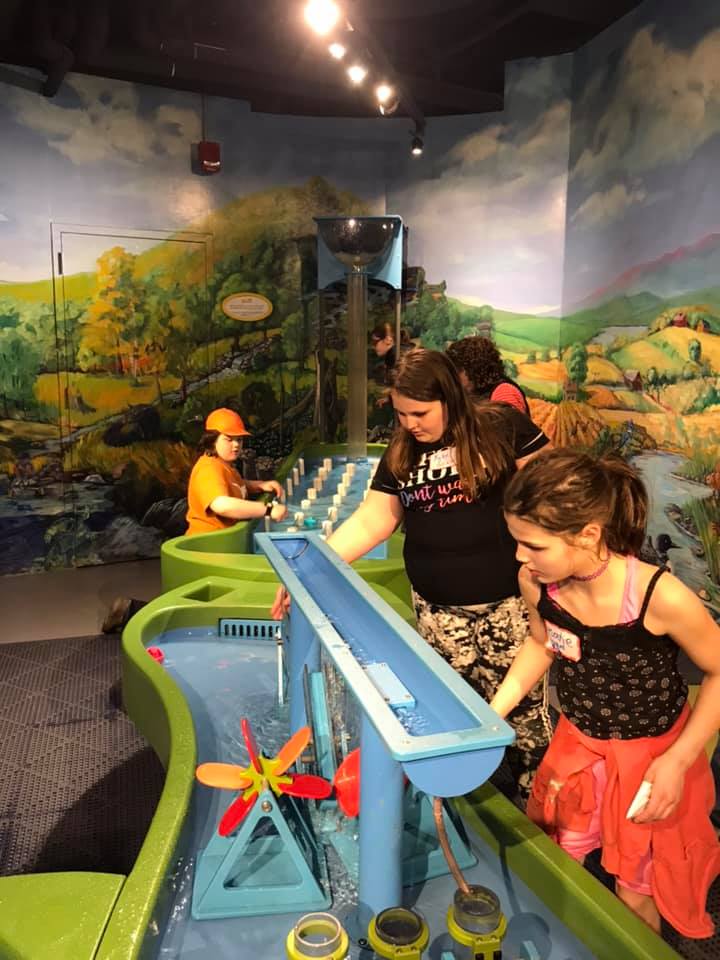 The ECHO Leahy Center for Lake Champlain hosted Community Science Night, an annual celebration for local youth mentoring pairs from the Chittenden County Mentoring Network (CCMN) on Thursday, March 21. More than 200 adult mentors and youth mentees from nine mentoring programs in Chittenden, Franklin, Grand Isle, and Addison counties attended the free event, which featured open exploration of the museum’s exhibits, a scavenger hunt, and hands-on demonstrations. All of the night’s events are led by the ECHO E-Team (Environmental Leadership Team), a leadership group of local high school students who are trained as science educators.

“My mentee’s and my highlight at ECHO was opening up an owl pellet and picking through the bones inside to discover that the owl had eaten a bird,” said Essex FriendCHIPS mentor Ann Wadsworth, who took part in the event with her third-grade mentee Laura. “It was so cool!” 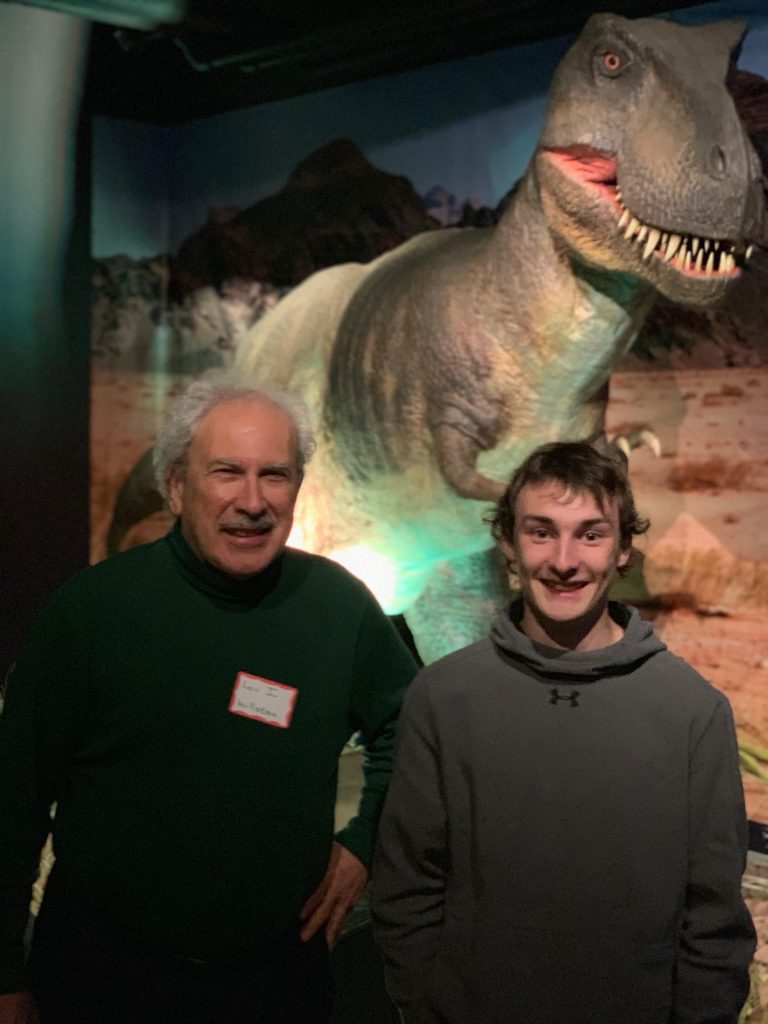 “The best part of the event was definitely watching the mentees’ contagious energy transform their mentors back into their own inner giddy child as they pet starfish or searched for the American Eel to complete their scavenger hunt,” said Kelly Maxwell, program coordinator for Big Brothers Big Sisters of Vermont. “Seeing matches interact in this way is what mentoring is all about – giving youth the opportunity to form individual relationships with adults and learn to be true to themselves as they grow and develop.”

While the younger mentees were out in full force, the teens who attended had a good time as well. “I hadn’t been to Echo since I was a little kid,” said Shelby Hallock, a 10th grader at Champlain Valley Union High School, and a mentee through Connecting Youth. “It brought back good memories, and even as a teenager, I still had a blast and loved the exhibits.”

Many of the programs, particularly those further away from Burlington, have enjoyed the event so much that they keep bringing a big group back year after year. Both the Starksboro Mentoring Program and Grand Isle County Mentoring brought groups of more than 30 kids and mentors.

“Community Science Night is one of Milton Mentors’ favorite events,” said Amy Spector, coordinator of the Milton Mentors program. “Promoting a love of science is so important for young people and to see over 200 mentors and mentees together in one space is amazing. We all had a great time!”

For more photos from this year’s Community Science Night, visit our Facebook album for the event. 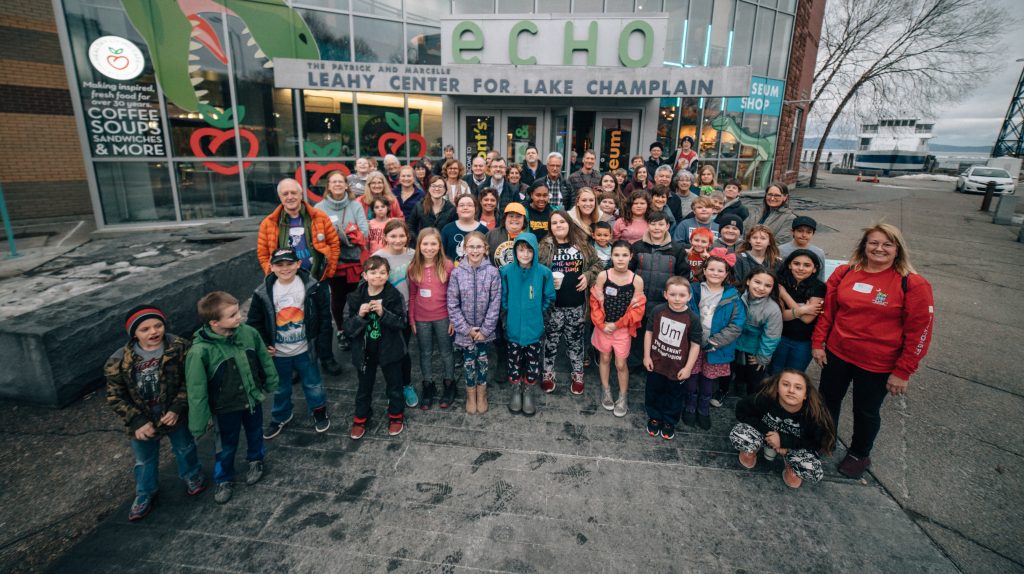 Nearly 40 mentors and mentees from the Grand Isle County Mentoring Program made the trip to ECHO by bus for this year’s Community Science Night. (Photo by Phin Totten Photography)