MENTOR Vermont’s vision is for every young person in Vermont to have the supportive mentoring relationships they need to grow and develop into thriving, productive, and engaged adults.

MENTOR Vermont’s mission is to provide resources and support to youth mentoring programs so they can meet the needs of young people in their communities. 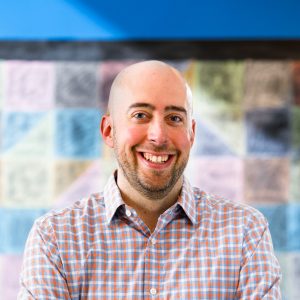 Chad is a 2004 graduate of Dartmouth College, where he majored in Earth Science and earned his secondary teacher certification credential. While in college, Chad helped start a school-based mentoring program at a local middle school for youth with learning differences and was a student leader and mentor in a community-based mentoring program. After college, he worked as the program director of The DREAM Program, a village mentoring program that matches youth from local affordable housing communities with mentors from neighboring colleges and provides year-round wraparound services. In August 2009, Chad moved to Boston, MA to spearhead DREAM’s first office and programs outside the state of Vermont. Chad returned to Vermont and joined MENTOR Vermont in May of 2013 as the executive director to lead the organization’s expansion into a statewide mentoring partnership. Chad also currently serves as chair of MENTOR National’s Affiliate Advisory Council. 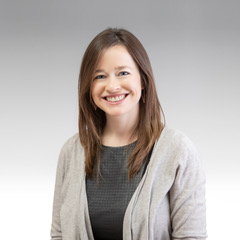 Liz has dedicated nearly 15 years to working with youth and young adults through mentoring and international exchange programs. She began her career as an AmeriCorps member with The DREAM Program, a nonprofit mentoring organization working to close the opportunity gap for children in low-income housing. After one term, Liz transitioned to associate executive director of the organization, where she focused on staff training and development, program evaluations and strategic planning. After moving to Washington, D.C. in 2012, Liz spent one year as a school coordinator for Everybody Wins! DC, a mentoring program dedicated to improving lives through shared reading. From 2015 to 2017, Liz supported international high school youth participating in U.S. Department of State sponsored exchange programs, from over 20 countries. Liz has spent the last two and half years with Federation EIL, a global network of international exchange organizations, where she contracts part-time as program manager.

In her current position as Project Manager with MENTOR Vermont, Liz oversees a federal grant from the Office of Juvenile Justice and Delinquency Prevention (OJJDP) that MENTOR Vermont received in partnership with the Vermont Department for Children and Families (DCF), to provide mentoring services to youth living in rural Vermont communities inordinately impacted by the opiate epidemic. Liz is committed to being an accessible, dependable liaison in this role, supporting grant recipients in cultivating strong, supportive relationships for youth, and thinking creatively about how to meet the needs of youth in their community.

Liz received her B.A. in Sociology from the University of Vermont in 2007, and in 2014, received a M.A. from American University in Ethics, Peace and Global Affairs, with a concentration in Human Rights and International Development. Liz was a presenter at the National Mentoring Summit in 2013 and previously served two years on MENTOR Vermont’s Grant Review Committee for the Vermont Mentoring Grants. 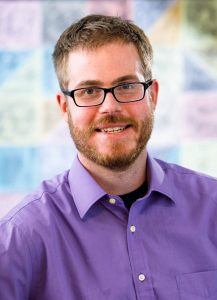 Benji graduated from Middlebury College in 2008, and received his Bachelor’s degree in English and American Literature. Benji joined MENTOR Vermont as an AmeriCorps VISTA member (through the Vermont Youth Tomorrow program) in 2009, and helped recruit new mentors, promote public awareness of the mentoring cause, and expanded the Mentor Discount Card program for mentor pairs in Chittenden County.  Benji transitioned to a staff position with the organization in 2011, and worked collaboratively with mentoring programs and funders across the state to expand the organization from a regional partnership into a statewide one.

In his current position as Communications Director, he manages communications and marketing for the organization, and works with mentoring agency staff to expand public awareness efforts across the state. He also works with the executive director to maintain and increase available funding both for mentoring program partners and MENTOR Vermont’s operations through various means, including grantwriting, targeted fundraising letters, and an annual appeal campaign.  He is also the administrator for the Vermont Mentoring Database, an online system that allows mentoring agencies to store program information on the MENTOR Vermont website, apply for grants, and manage information and outcome data for their mentoring matches.

Nancy Jones
Coordinator, The Mentoring Project of the Upper Valley

We approach our work with a flexible and open mindset in order to best meet the needs of Vermont youth. We will always be innovative, while maintaining the sustainability of the organization.

We maintain a steadfast belief in mentoring, while supporting positive youth development. We believe this development includes safety, security, and enjoyment of childhood.

We recognize that many factors contribute to an individual’s sense of identity and we aim to be sensitive to these differences and be inclusive in all aspects of our work. This understanding helps us to support all youth in our communities.

PASSION AND ENJOYMENT OF WORK

We foster a fun work environment so that staff members enjoy their jobs and are passionate about their work. All staff volunteer as mentors to stay grounded in the organization’s mission and gain gratifying personal and professional experiences.

We encourage collaboration within MENTOR Vermont and with the organizations and communities with which we work. We actively participate in the exchange of resources so that communities can best support their youth.

We believe that clear, consistent, open, and honest communication is necessary to build trust and understanding in all of our relationships. Confidentiality is important in terms of personal matters, but all other information, decisions, reasons, and intents should flow freely to everyone involved in the organization.

MENTOR Vermont was originally founded in 2003 as Mobius, a regional mentoring umbrella agency in northwestern Vermont that provided support to mentoring programs by helping to expand mentoring opportunities, recruiting and supporting new volunteers, and raising awareness of the cause. From 2003 to 2012, Mobius and the mentoring programs it supported helped grow the number of mentor pairs in the region from 350 to more than 900.

In 2012, with the support of mentoring programs and funders, Mobius expanded into a statewide organization that supports youth mentoring in every corner of Vermont, and represents a unified voice for the cause. The Permanent Fund for Vermont’s Children and the A.D. Henderson Foundation were instrumental in Mobius’ statewide expansion, and along with the Vermont Department for Children and Families, have continued to provide more than $300,000 in annual funding for the Vermont Mentoring Grants.

In the fall of 2018, Mobius rebranded and changed its name to MENTOR Vermont, in order to better align with MENTOR: The National Mentoring Partnership. This rebranding did not change our mission but will provide our organization with new opportunities and resources to help ensure more youth in Vermont can receive the benefits of having a caring, consistent adult mentor.

Make a Donation to Support Youth Mentoring in Vermont!