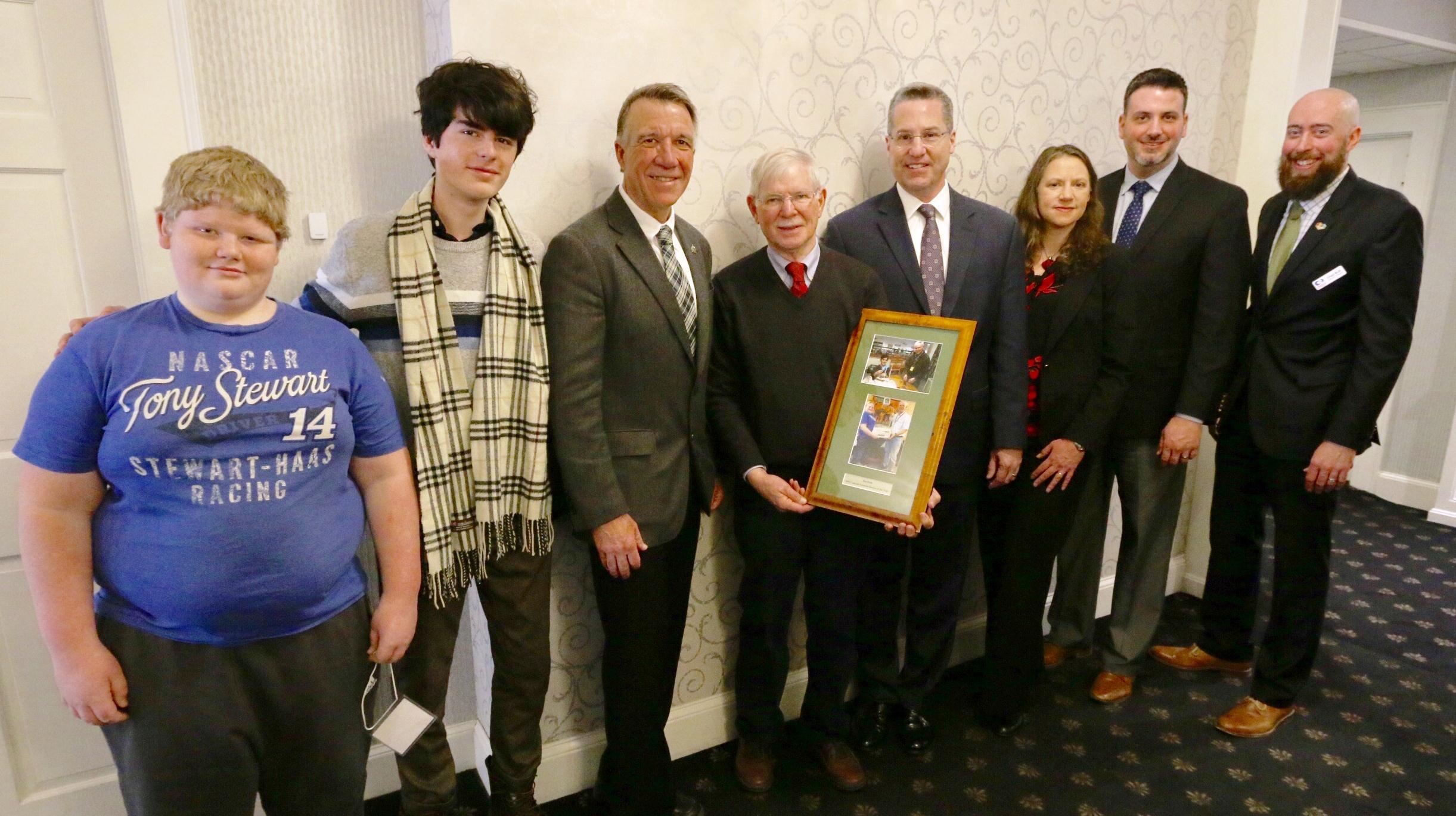 Jim and Sam have been paired together for four years, and Jim and Noah for two years, through the Connecting Youth mentoring program at Charlotte Central School.

Jim began mentoring at the Charlotte Central School school-based program four years ago with a 7th grade student who loved math and was a bit reserved. As a retired professor, Jim loved the challenge of doing fun things that were new to him and would draw his mentee out to see beyond what he thought he could see. In their one hour together each week they explored and created mechanical sculptures with cardboard, built an intricate sailboat, used CAD drawings, and designed all sorts of things (along with the usual playing ping pong and hanging out to play games together). Most of all, Sam and Jim became friends. When Sam graduated from 8th grade, they moved together in to the high school community based mentoring program. They started sailing, going to maker fairs, and building things together (they built a guitar and took apart an engine). Two years ago, when Jim and Sam moved in to the high school community mentoring program, Jim decided to mentor another middle school student at CCS. It is not difficult to match Jim with a student because he can inspire and connect with nearly anyone– his new mentor is outgoing. Together they go around the building doing good deeds for others: fixing chairs that aren’t working right, retooling a computer stand to make it more functional, and doing other community service projects. Last year they took apart an old overhead projector for fun and ended up making a solar oven out of it. In the spring they went out to the parking lot and cooked hotdogs and smores! At the end of the school year last year Jim knew he would be away for our end of the year event. Rather than leave it at that, he asked if he could have a goodbye day with his middle school mentee. Together with his wife and her mentee, they walked over to the local farm and spent the day learning about farming. Jim has been a solid caring adult in Noah’s life and I suspect they will be together through at least Noah’s four years as a middle school student.

As a mentor in the CCS program, Jim is a huge support. He fixes things and makes sure our building materials are in order in the mentor loft. Jim attends all of our mentor meetings and helps behind the scenes with events like our family mentor dinner and our annual ping pong tournament pizza party. Jim and his first mentee, Sam, joined the committee that spent one year in meetings (every other week for 1 1/2 hours for the school year, starting at 7:30 AM!) envisioning that program prior to its outset in 2015-2016. The following year they joined our CVU high school advisory board together and continue to commit to being at all meetings. Jim even recruited his wife to our school-based program at CCS where Susan has been an equally amazing mentor with one middle school student for the past 3 years.

Jim is a mentor who any coordinator would love to have in their program because he sincerely cares about kids and goes the extra mile in all that he does.

Jim was the 2018 Vermont Mentor of the Year award recipient