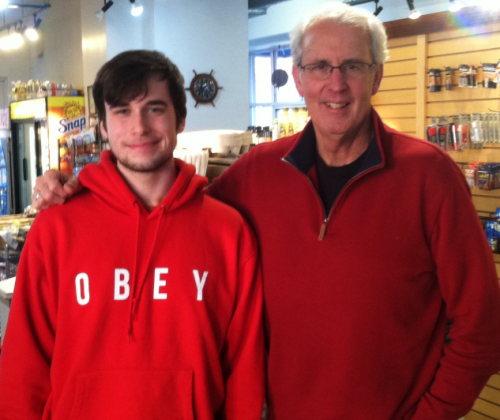 John and Anthony have been paired together for seven and a half years through King Street Center’s Junior Senior Buddies program.

Thursday afternoons, John meets Anthony in the lobby at the high school. “I chat with the principal and guidance counselors. Anthony always finds me there, lingers, and then we’re ready to go. He shows that he’s proud to know me.”

John and Anthony were matched as a pair by King Street Center’s “Buddy Program” when Anthony was in 5th grade. “My wife passed away, and about six months later, I was looking to fill a void. I needed to stay busy. He helped me build a routine. Every Thursday. It just stayed that way. Never felt stale. It’s been one long special story.” John also serves on the King Street Center Board of Directors and was instrumental in the day-to-day oversight of King Street Center’s building project in 2014.

John and Anthony laid the groundwork of their relationship through their Thursday afternoons together. “We would play frisbee at North Beach when he was young. We’d go on bike rides. We still play cards. Consistent playful moments in the past opened the door to serious conversations as a young adult. We talk. I love our incredible discussions about politics, religion, social pressures, and college. We couldn’t do that without playful, mindless time behind us.” Anthony says, “As I got older, John helped me more in terms of being the best person I can be and setting me up for adulthood. He has taught me the most about the world. Right now, I don’t think I would even be thinking of college if it wasn’t for John.”

Honesty and openness has been a critical part of Anthony and John’s relationship. “Anthony will ask me, ‘what should I do in this situation?’ Or ‘how did you handle this when you were my age?’ I’ll tell him about when I screwed up and how I paid the price for it. He knows it took me five years to get through high school. Kids know if you’re real or faking it. They’ll test you and figure you out.” Anthony’s mother, Shana, says, “Anthony is often more open with John than me. He listens to and respects John. Anthony has gotten consistency, stability, and has a safe person to open up to. John is more than a mentor – he is a friend, confidant…more of a family member.”

“In Anthony’s family, he’s got no footsteps in front of him when it comes to going to college. He would be the first. He is a bright, intuitive kid,” says John.  “After all these years, my greatest wish is that Anthony has a bank of conversations he can draw on. I’ll always be available to him and he knows that. But, I hope he’ll go off and start his own education, and build his own relationships and family. Because I know, we won’t always have our Thursdays.”

John was a 2019 Vermont Comcast Mentor of the Year nominee 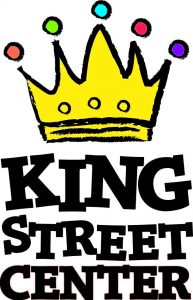