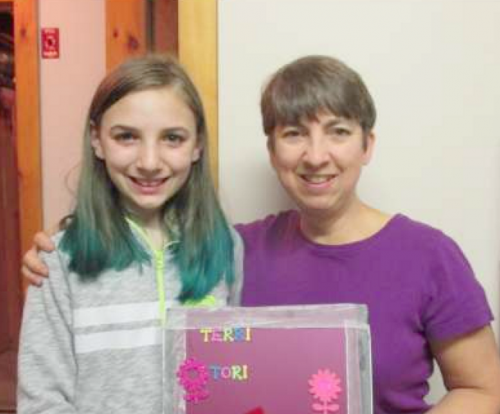 Terri and Tori are matched through the Twinfield Together Mentoring Program

In 2009, when our community was looking to start a mentoring program, Terri Weinstein was one of the first community members to step up – despite the fact she had two children of her own. In the nine years since Twinfield Together first began, Terri has been a consistent mentor and program supporter.

When her first mentee moved away, she signed up to take on another mentee. Terri is now matched with Tori, and they are both so happy to spend time together and learning from each other. Meeting with Terri is something her mentee looks forward to each week, and Tori would be the first to say that Terri is the best mentor in Vermont!

Terri was a 2018 Vermont Mentor of the Year nominee