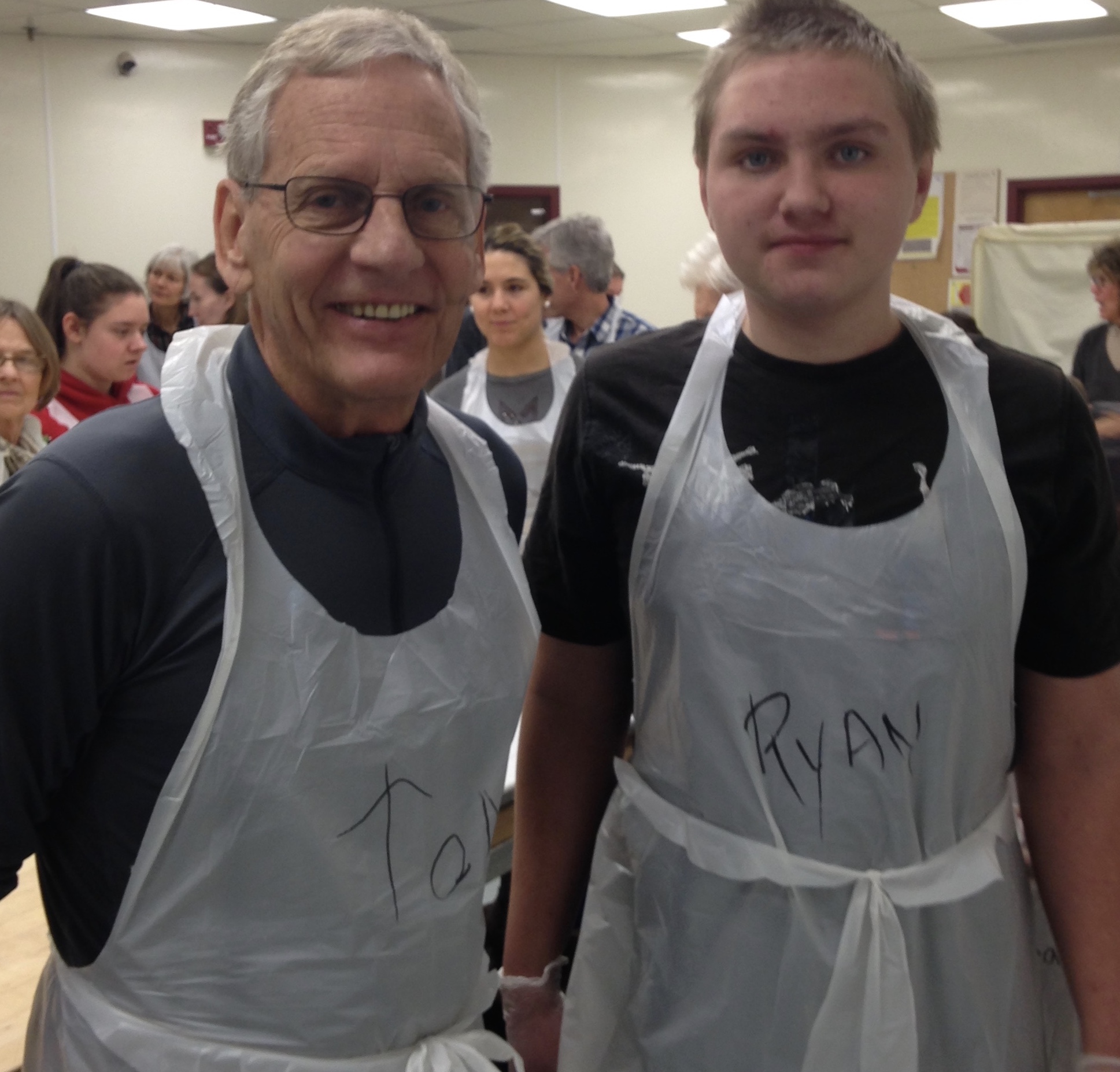 Tom and Ryan have been paired together for eight years through Girls/Boyz First Mentoring.

Tom Lehner has mentored Ryan Wilder since 2011, when Ryan was a 5th grade student at Rumney Elementary School in Middlesex, Vermont. Ryan is now finishing up at Choice Academy in Barre.

Ryan has had many challenges in his life over the past eight years. Tom has been an unwavering and positive presence throughout their time together, including visiting Ryan as he has moved back and forth between other towns and different living situations. Tom even traveled two plus hours each way and visited Ryan when he was living in southern Vermont several years ago.

Ryan and Tom keep busy doing active, outdoor activities. Ryan says that he’s learned from Tom to keep busy and how to manage his anger issues. “There’s too much else to do besides being angry!” says Ryan.  Some of the highlights of their time together have been skiing at Morse Farm, hiking, canoeing, playing basketball, and bowling (when the weather is bad).

Ryan feels that Tom is a good mentor because he’s funny, active, likes to do a lot of outdoor activities and helps him get to where he needs to go.  They have even learned fly fishing together.

Tom loves Ryan’s enthusiasm for learning and thanks Ryan for making him more aware of the latest about teen culture. Tom’s advice for potential mentors is to “jump in and do it.  It’s so much fun to watch the learning.” Ryan likes that he is now the leader when he and Tom hike together and that Tom has to work hard to catch up. “I used to lose at many of the activities that Tom and I do together… but I’m getting better. I always beat him at basketball.”

Tom was a 2019 Vermont Mentor of the Year nominee